Let’s talk about video games here for a minute. Have you noticed how the big IP of the biggest studios use the same repetitive formula over and over until it dies out, gets redesigned and offered as something again? It’s a rinse and repeat process that it has been happening for years now and the gaming community is taking notice one game at a time.

Take a moment to watch closely a game like Call of Duty: Blacks Ops (now up to four different releases to this day). If you take a moment to look for comparison videos between each sequel of the game, you will notice a little improvement in the graphics and a different storyline for each one, but so far each new sequel of the game feel and plays just the same as the previous one.

The (Crocked) Business Model of Video Games
The reasoning behind this is not that difficult to figure out. Numerous financers back a multimillion-dollar IP since no video game studio has the budget to create a 100 million dollar game on their own. Place on top of that the type of strategies used to sell video games: half completed games with season passes that cost more money just to get the full experience and multimillion-dollar marketing campaigns to shove the IP down your throat until you feel in your bones that you need that game even if you don’t. 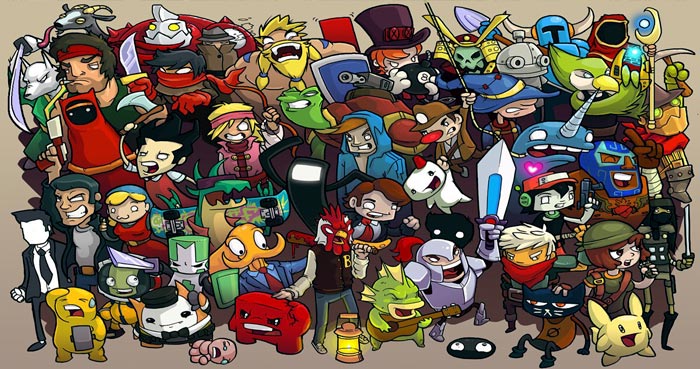 Indie Games as the Alternative
When you take a moment to think about indie games nothing comes to mind at first since you probably are not even interested in them, to begin with. But we can take you back with a couple of offerings that are powerhouses right now in the game industry and started as indie games on their own merits: Minecraft and Angry Birds. Both games have made their developers rich beyond their wildest dreams. Minecraft proved to so popular that it was bought by Microsoft for $2.5 billion, while Angry Birds has made their developers, Rovio Entertainment a big name among the gamer community.

Searching for Indie Games to Get a Rest from Big IPs
While these two games are now big IP’s managed by corporate rules right now, they began as indie offerings that proved to be very popular with players because they did everything right on the first try as it usually happens with most indies. They didn’t need patching, they didn’t have to be updated every 15 days, and they were complete upon release. This year’s wonder hit Cuphead has proved to be very popular because of this, on top of the delightful classic vintage style of the game and how extremely challenging is to play it. The added value of playing indie games should be pretty clear to you now, but you can try them to form your opinion, we are pretty sure there is something for you out there!