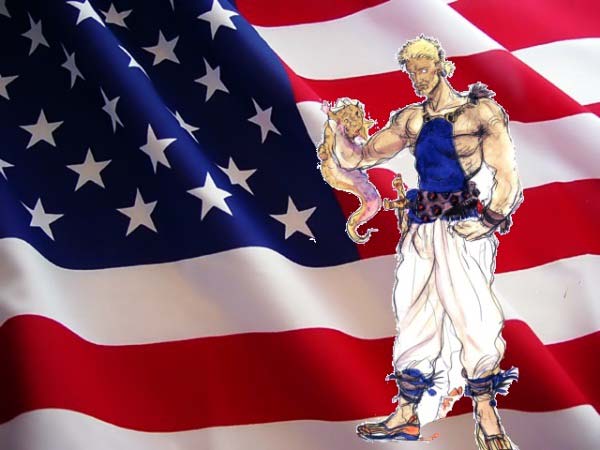 I’ve been playing through Final Fantasy 6 again, this time on the Vita after sideloading it from my PS3. It’s still a great game, but I won’t start the whole FF6 vs. FF7 argument. You can believe whichever Final Fantasy game is the best. Instead, I’m going to explain exactly how a character from FF6 is unquestionably the most badass character from all of Final Fantasy. Yes, more badass than Cloud, or Sephiroth, or Barrett, or Auron. I’m talking about Sabin Rene Figaro, prince of Figaro and brother of Edgar Roni Figaro. Read on for a list of everything that makes him badass.

1. He looks like Guile.
Spiky blonde hair.Tank top. Muscles. No weapons. Is there any doubt Sabin can Sonic Boom, or something even more badass among his Blitz moves?

2. Greatest character intro ever
How do we meet Cloud? Him jumping out of a train and fighting some guys. How do we meet Auron? Him appearing and giving Tidus a sword. How do we meet Sephiroth? He slaughters everyone in the top floors of a building and okay Sephiroth’s intro is pretty badass too. Still not as great as Sabin’s. We meet Sabin in the first “real” dungeon of Final Fantasy 6, Mt. Sabil, where he’s seeking vengeance for his sensei. Any time you can use a sentence with a phrase “seeking vengeance for his sensei” to describe something, you know it’s the greatest thing of its kind of thing ever. He gets vengeance for his sensei by using the secret technique he was taught to kill his sensei’s son. Oh, and that technique is only the first of eight that he uses, after all of that, to help save the world. And the game’s barely started.

It might interest you:
> Play PS3 Games on Android and iOS with PS3Mobi Emulator App

3. He starts with his own Dragonball Z attack
In a game where magic is rare and only magitek soldiers and half-espers can learn it without magicite, Sabin starts the game with a freaking kamehameha wave attack, the Aurabeam. He gathers his energy together and fires a beam at his enemy with the power of his martial arts. It costs no MP and is activated with a hadoken button combination. Again, that’s just him getting started.

5. He jumps off a waterfall because it’s in the way 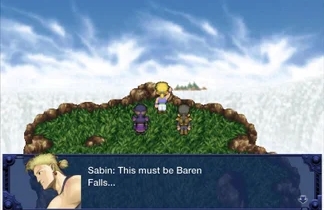 Early in the game, Sabin is separated from his party after wrestling an evil octopus and being thrown into rapids. He makes his way to Barren Falls, where, instead of finding away around it, he just jumps into it and starts killing fish on the way down.

6. He holds up a building. Literally
After the world is screwed, Sabin wanders the planet, presumably beating the shit out of things. He goes to Tzen, where the biggest building is falling down with innocent people inside. Does he rush in to save them? No. He holds the building up using his own muscles to give them time to escape.

7. He suplexes a train 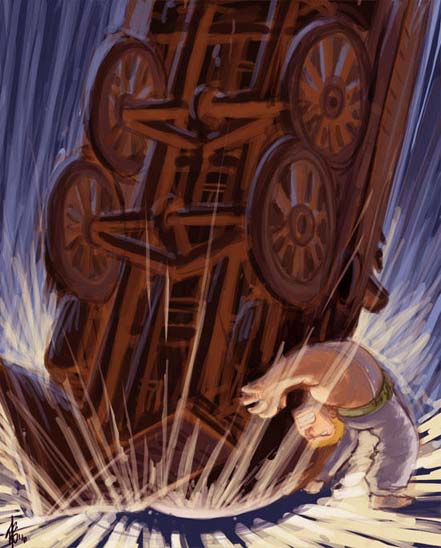 He suplexes a freaking train.