I’m going to make some bold declarations. I’m going to name some perfect games, and you’re probably going to flame me. 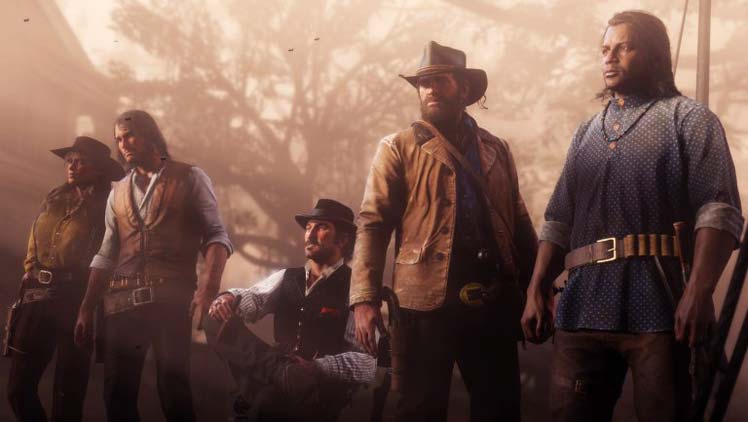 A perfect game is a game that produces an excellent, engaging gaming experience while doing exactly what it sets out to do as a game without overcoming technical limitations or compromising the experience as a result of those limitations or making major missteps we’re forced to overlook. A perfect game is a game that’s meticulously designed and gives players a great experience thanks to that design.

I can name many, many great games, but the vast majority of them are inherently flawed. This doesn’t make them bad, it just means you have to get past their flaws to enjoy them. Sometimes, those flaws actually enhance the game unintentionally, making it enjoyable in a way the developers didn’t intend. They’re great games, but they’re not perfect.

When I say perfect games, I mean a small handful of ones that do their job well and hit exactly the spot the developers intended while giving the players an excellent example. Super Metroid, but not Castlevania: Symphony of the Night. Super Meat Boy, but not I Wanna Be The Guy. Team Fortress 2, but not Modern Warfare and only maybe Counter-Strike.

Super Metroid is still one of the tightest, best-designed side-scrolling action-exploration games ever made. It took the great concepts in Metroid and Metroid 2 that couldn’t be explored due to technology constraints and turned Zebes into a massive, sprawling world full of secrets, all easily navigated while still presenting a sense of scope. The controls are tight and the design is immaculate. Anywhere you go, you know you’ll either find something or find a route you’ll be able to come back to to find more things. It puts so much storytelling and atmosphere into a game that has just over one page of text total. While glitches are embraced by speedrunners, the average gamer will never see them. This was made to be a follow-up to Metroid and it ended up being the seminal Metroid experience and a game that holds up to this day.

You may like:
> Play PS3 Games on Android and iOS with PS3Mobi Emulator App

Compare this to Castlevania: Symphony of the Night. It’s an excellent game, full of atmosphere and great graphics, and the pacing and RPG elements feel rewarding. However, it has flaws you need to get past. The RPG elements and stat grinding take away most sense of accomplishment from exploring, and doesn’t require reflexes and combat prowess so much as finding the Crissagrim or using the Shield Rod, or grinding until you can get past the next area. While there are a few interesting puzzles and secrets in the castle, they rely more on item combinations than problem-solving. The second castle was a brilliant way to extend the game and make the already-present design feel fresh, but it’s still just a mirror version of the first castle and any sense of pacing is thrown out the window when you’re given the directive “find these five things and kill Dracula” and you already have the means to go everywhere. It’s still a great game, but it’s not perfect.

Super Meat Boy is another perfect game, because it accomplishes exactly what it tries to do while being fun to play. The controls are pixel-tight and the levels are sadistic while still offering clear routes to win. Nothing is presented as impossible, only difficult to a fault, and that’s the fun. Every time you die, it’s because you screwed up, and even though you screw up a lot the level design makes it clear that there is a way to win and you can use it. Super Meat Boy tries to be a game that calls back to Nintendo Hard titles and ends up being an archetype of the concept, with more challenge and more fairness than any game that was published on the NES.

I Wanna Be The Guy is a great game and a labor of love, but it doesn’t reach the heights of Super Meat Boy. The controls are also super-tight, but the level design is equal parts challenge and cheapness. The game is very much a case of playing, dying, and using that death to figure out how to get a little further before repeating the process. Every screen has traps that will kill you, and that you can only get past after you’ve seen how they work. Because of that, it doesn’t feel nearly as satisfying to play and progress, because no matter how far you go you’ll find something that will come out of nowhere and kill you. That’s the intention, and the cheapness is a design choice, but it makes the game less enjoyable, even if the bragging rights are just as sweet.

Team Fortress 2 is perfect in its balance, humor, and control, and despite years of adding features and weapons it remains excellent. Every class has a role, every piece of equipment can work in some way (including most of the unlockable weapons, with no overpowered weapons that everyone uses), and every map has enjoyable aspects and feel varied from each other. No other game offers the variety and balance Team Fortress 2 does, and you really can choose to play the way you want based on your class. There is room for every skill set and preference, and the maps are designed so well that there’s no perfect spot to hide. 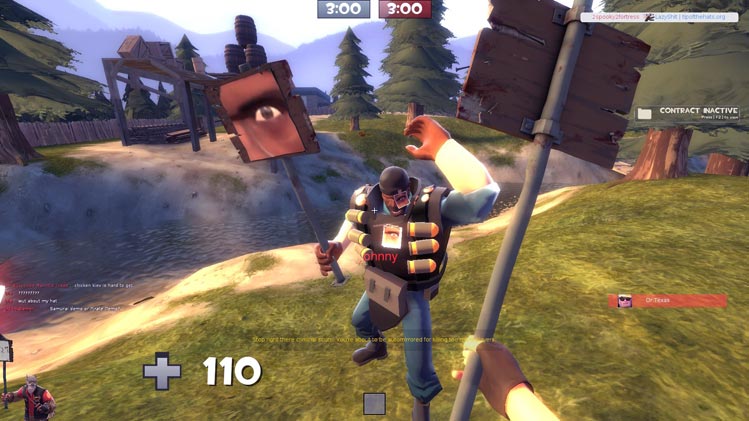 Compare that to pretty much any other first-person shooter. There are fewer classes, and they tend to feel more samey. While there are tons of different guns, there’s usually only one or two that’s great for a specific role or range, and others are ignored. Maps become chaotic firefights and games of tag, and while they might feel more realistic they lack the flow and precision of Team Fortress 2′s maps. Yes, I’m including Counter-Strike, and you can flame away if you want.

Finally, let’s look at RPGs. JRPGs like Final Fantasy and Dragon Quest tell epic stories, but the gameplay is detached from the story and feel like either menu navigation or brawling more than epic combat. Modern western RPGs like The Elder Scrolls games have epic worlds and provide a lot of immersion with detailed, interacted environments, but they’re so big and so detailed that the story they’re trying to tell get swallowed up by the sandbox built around it. Western RPGs have the potential to tell that epic story and present the large, immersive world, but then they tend to be full of bugs that are happily looked past by gamers but still make the experience inconsistent and erratic at times. Alternately, they’re Fable, and they simply suck.

There are a few perfect RPGs, though. And they were made by Bioware or Black Isle Studios. Planescape: Torment offers one of the most compelling and unique worlds, emotional storylines, and challenging quests of all RPGs, and it still stands as a seminal RPG experience. Star Wars: Knights of the Old Republic remains one of the best Star Wars games ever made, with a lengthy, morally uncertain story, a memorable cast of characters, and a combat system that equally favors blasters, lightsabers, and Force powers while offering both tactical decisions and a visceral, direct experience. Both games offer those experiences without showing bugs you have to get through or offering so much choice and so many tiny things to do that you lose sight of your quest, even if you find other missions on the way.

This isn’t an exact science, and you might disagree with my choices. Many of my favorite games are imperfect, and many perfect games I don’t enjoy quite as flawed playgrounds or loot-focused grindfests. If you have different opinions or other suggestions for what a a perfect game is, please comment below.