Anyone who ever played Resident Evil in their earliest iterations remembers how crucial it was to manage the right inventory, as well as the ammunition. There is some good news for old school players: the struggling intensity to make every bullet count is still here. Resident Evil 2 still feels and play like a real survival horror story. New audiences will compare the story with modern takes of the same situation such as “The Walking Dead” because it always feels like you are barely surviving by scraping and hoarding every little piece of ammo as well as the hard to find healing items. 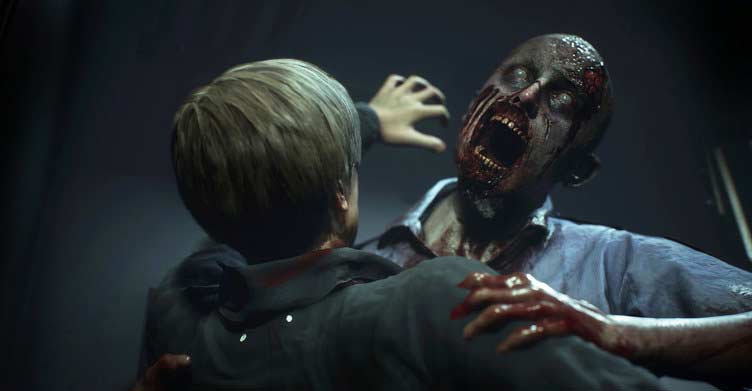 One of the funniest complaints we have read online from newcomers to the game is the fact that the game keeps the basic premise that you can’t carry around every single item you find. Many don’t seem to get the point that the premise of the game is survival and not a kill-them-all, let god sort them out scenario. If resident Evil had to be compared with a classic IP to offer a bit of perspective, we would have to compare it with the Metal Gear Saga were stealth is critical to surviving. These setting still hold and make the game a lot more interesting as well as challenging. Being mindful of what you store and the stuff you carry to every fight keeps you aware and leaves no room for complacency.

The Improvements of the New Era

Not all are bad news for the players of the age of tutorials. There have been a few improvements in the game that are quite a life improving such as the automatic updates of the maps to let the player when a room has been stripped clean of items. You can also check if you missed something earlier to get it back at your convenience. One of the greatest lifesavers took away one of the most challenging aspects of the game: players are now able to save as much as they want their last position. When it comes to the way the game looks and feels, we can truly appreciate how this classic has been remade for a new generation. The SFX and the music have been elevated to create a claustrophobic ambient that will make you jump at every turn.

As you explore Racoon City, you will hear every single cracking door, the rain and thunder in all its glorious detail, the noises of each zombie are distinguishable from afar. Large enemies will make themselves noticeable with heavy footsteps. The game has been repurposed to give you a scare, and it manages to do so efficiently and more than once. Fighting Tyrant the super-zombie will give you nightmares all over again. The creepy stalkers seem like an advocate of the Voorhees family. Eventually, his presence becomes more of a nuisance than something scary, especially if you are solving a complex puzzle to advance the storyline and the guy just won’t go away.

Resident Evil 2 can be played from Leon’s POV or on the perspective of Claire. Both campaigns can take up to eight hours. By today’s standards, RE2 is a short game. It doesn’t matter with who you begin the game, once you finish it you will start again with the other character. The gimmick is done to engage the player through the same hell a second time, but nothing changes that much to justify the second round. Yes, there are a few new locations, and many items on each quest are placed at new locations, you will have to hunt them again. The only challenge seems to be the increased difficulty since the enemies seem to be harder to kill in your second tour. Overall RE2 is still a wonderful gem, one that may not be suited for young gamers given the level of difficulty, but still manages to be a welcome addition in an era where every game tells you how to play it.